Put us on your blog!

Copy and paste this code onto your blog to share your love for Free-KnitPatterns.com!

Cast on to create the foundation stitches of knitting. Most knitters start each project the same way they were taught when they learned to knit. But there is a whole world of other options out there to explore. Becoming familiar with them and their characteristics enables the knitter to make appropriate choices when a pattern itself gives little or no guidance. 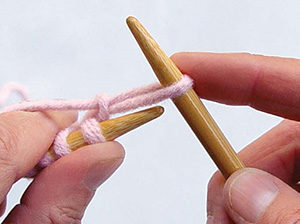 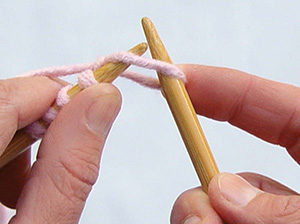 Picot the Night Away

To add a pretty picot edge to your work, cast on extra stitches and then immediately bind them off. For example, cast on three stitches, bind off one stitch, put the single stitch now on the righthand needle back on the left-hand needle and repeat. The bound-off stitches create the decorative bumps, or picots, along the edge of the work. The size of the picots can be varied by changing the number of stitches that are cast on and bound off. The number of stitches between picots can also be varied for different effects.

If you hadn’t used them before, now you have two more cast-ons in your knitting toolbox, one utilitarian and one decorative. The knitted-on cast-on can add back stitches that were bound off for buttonholes, and the picot cast on adds a cute edging to socks or baby clothes. Grab some yarn and start stitching!